I love Berlin. This was my second visit to this marvelous, historic city. The last time was several years ago when I met my longtime penfriend (I suppose a concept that doesn’t exist anymore) for the first time. This time it was for a team offsite. My flight arrived late in the evening on a weekday and for the next couple of days we were to remain closeted in the hotel’s meeting rooms, going out only by night.

We had a free afternoon on Thursday (the glory begins here) and a few colleagues and I took a taxi to the Reichstag, passing the magnificent Victory column along the way, flanked either side by the massive Tiergarten. Cities can do a lot worse than Berlin in reconstruction efforts. The German capital has some of the most gorgeous architectural structures, and what a variety! Take the Reichstag as an example – look at its stunning glass structure. Going inside wasn’t possible when we went. Hopefully I’ll be lucky on my third visit and watch an assembly in progress.

We walked to the Brandenburg Gate from the Reichstag – this place smacks of history. And then the Holocast memorial. This was very relevant to me since I’ve been  revisiting history and am on the chapter of the second world war (through nightly documentaries). Do take the steps down to the information center if you are ever there- we missed doing this (we just didn’t know it was there) and I regret it because I really wanted to see it.

At Potsdamer Platz, we saw what remains of the Wall and then went to Checkpoint Charlie. At the end of the day we went to the Judisches Museum (Jewish Museum). The building is designed as an exploding star of David and adds to the feel of the place. We had very little time to explore this museum so I restricted my visit to the section on the impact of the Nazi party on the community. There were photos and videos of people being lead away to their deaths. There were personal belongings and letters. I felt very sad.

We hurried back to the hotel, changed and got into the tour buses which would take us to our dinner in a restaurant converted from a former water works. The tour covered much of what we had seen during the day but it was interesting to see the embassies of various countries by night.

Friday was even better than the previous day. Sessions were over before mid-day and my flight back was late in the evening. I had three choices, to go to the information center at the Holocast memorial which I had missed the previous day, or the Ishtar Gate at the Pergamon museum, a reconstruction of a gate in Babylon and other treasures of the museum island, or go to the Gemaeldegalerie to see one of the finest collections of paintings in the world. In the end the gallery won as I have more comfort in paintings though it was a tough choice. I would definitely want to go back to Berlin someday just to see the other two.

But the gallery, oh so lovely. The collection of paintings by German artists was great but there were some old friends too – the Dutch masters. You won’t even need to consult your map to know you’ve entered a room containing a different era. And the works of Vermeer and Rembrandt and Rubens all seem so familiar. I spent a very happy afternoon browsing. The museum has audio guides included in the price and that’s very useful since the works are labelled in German and not all have a summary providing information on the context or the painter. I will write a separate post on the gems I encountered in this gallery. I had such a warm, happy feeling afterwards, as I tend to when I see a great collection. The building again was cool, the art works arranged in such a logical way by painter, nationality and era. Another very impressive building near to the Gallery houses the Berlin Philharmonic Orchestra. Another reason to return to this marvelous city.

I also found Berliners to be friendly, laid back people, ready with a smile. All in all, it was a brief visit but a very satisfying one. Leaving a place with a strong desire to  return some day is a great feeling. 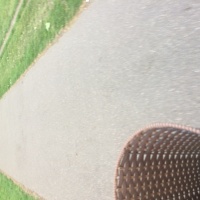 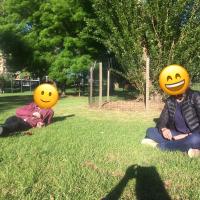 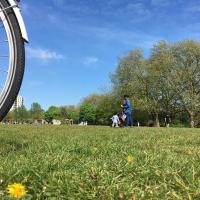